Get fresh music recommendations delivered to your inbox every Friday.
We've updated our Terms of Use. You can review the changes here.

The Silence Between The New World And The Aftermath 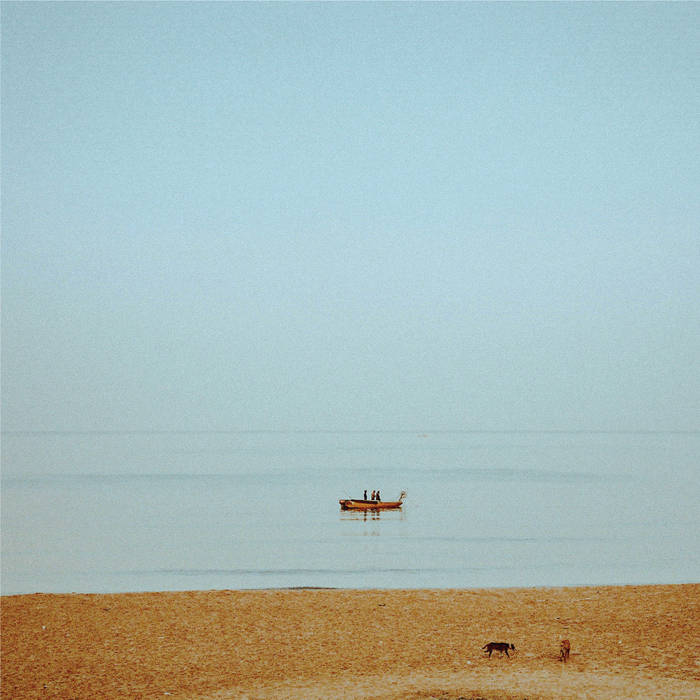 “The Silence Between the New World and The Aftermath” is the 4th solo album by Lebanese musician, composer and producer Marc Codsi, following ‘Faded Postcards’ (2010), ‘Works & Coincidences’ (2013), and ‘The New World’ (2019).
The album consists of a collection of pieces composed between 2019 and 2021, and assembled to form a homogeneous ensemble, a poem of sorts. The ten compositions consist of Codsi’s reactions and responses to the events taking place in Lebanon during this period of two years, from feelings of hope spurred on by the Lebanese revolution that began in earnest in October 2019, to the strong sentiments of alienation brought on by its eventual demise, all of the chaos that ensued, and the final, desolate silence.
“The Silence Between the New World and The Aftermath” deploys a series of poignant musical vignettes, reflecting different events in Codsi’s life, where the political and the personal are often intertwined; where fragments of songs meander into instrumental noisescapes; where the analog meets the digital; where electric guitars, rudimentary synths and disembodied voices contort around one another gracefully at first, then less and less so.

Marc Codsi is a prominent member of Lebanon’s alternative music scene since the early 2000’s. His music career began in 2002, when he joined post-punk band Scrambled Eggs as a guitar player. Codsi founded electro-rock duo Lumi with chanteuse Mayaline Hage in 2006, and devoted himself full-time to this project following his departure from Scrambled Eggs a couple of years later. Despite a sporadic work schedule, Lumi managed to release two highly successful albums, entitled ‘Two Tears in Water’ [EMI, 2007] and ‘The Night Was a Liar’ [Keeward, 2017]. Between those two albums, Codsi played in a variety of bands, including Lebanese shambolic rock enigma The Incompetents and Zeid Hamdan’s Arabic-pop collective Zeid & The Wings. He also founded electropop duo Zalfa in 2018, releasing first full-length album ‘Fi Dam’ in 2019.
Codsi’s first forays in solo territory came in 2011 with the release of ‘Faded Postcards’, a collection of ambient explorations and guitar soundscapes self-released and handed out during various concerts in Beirut. Released in 2019, ‘The New World’ was an intriguing exploration of analogue synthesizers by way of complex Arabic scales and tunings, released for renowned Lebanese imprint Annihaya. “The Silence Between the New World and The Aftermath” is Codsi’s fourth solo album, and the results of two years of short sessions conducted in spurts between 2019 and 2021. Currently living and working in Paris, Codsi has also worked extensively in the field of cinema, collaborating with various directors and producers for soundtrack and sound design work.

All music composed, performed and produced by Marc Codsi
Recorded in Paris between 2019 and 2021
Vocal samples on Hangar #12 by Lynn Adib and Marie Abou Khaled

Mixed by Marc Codsi in March 2022
Mastered by Cedrik Fermont at Syrphe, Berlin

Ruptured Records was founded in 2008 by DJ and radio host Ziad Nawfal, and sound engineer and producer Fadi Tabbal from Tunefork Studios, as an outlet for their activities as music producers and promoters in Beirut. Ruptured produces and releases music by Lebanese artists in a variety of formats - with a strong focus on experimental rock and leftfield electronic music. ... more