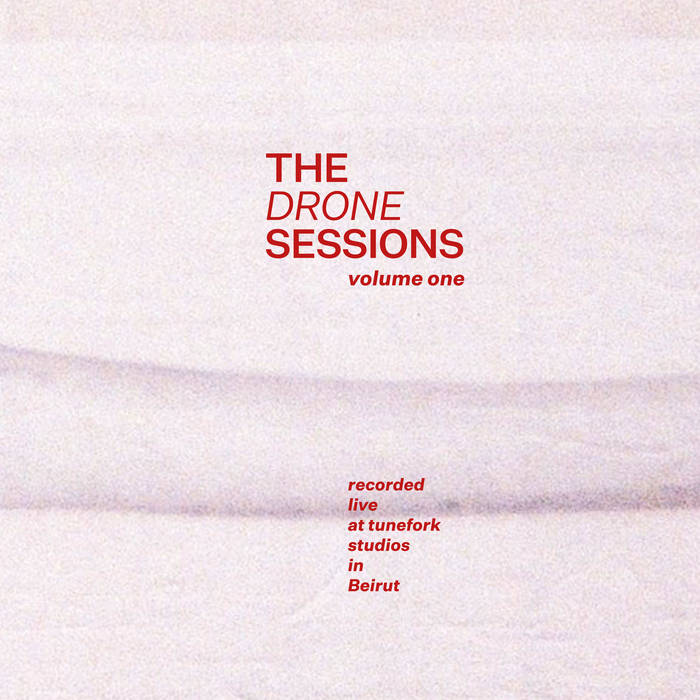 In November 2020, Ruptured Records joined (virtual) forces with experimental musician Nathan Larson and his collective Lumen Project in Stockholm, Sweden, to produce a series of recordings at Tunefork Studios in Beirut.

In keeping with the musical ethos of Lumen Project, the 14 musicians were grouped in pairs, and invited to compose and play an original “drone” recording, using the instrument(s) of their choice.
The result is 7 dense tracks of varying lengths, that freely incorporate ambient soundscapes, glitchy analog electronica, experimental drone rock and free-floating vocals.

The 2-day session at Tunefork Studios was filmed in its entirety by video artist Lujain Jo, while both audio and video recordings were the subject of a live broadcast by Lumen Project, which took place on March 13, 2021 - watch it here: www.youtube.com/watch?v=m4DvJsrRpKE

All tracks recorded live by Fadi Tabbal at Tunefork Studios, Beirut, Lebanon on the 25th and 26th of November 2020.

Produced by Fadi Tabbal for Tunefork, Nathan Larson for Lumen Project, and Ziad Nawfal for Ruptured.

These recordings were made possible thanks to the generous support of Nathan Larson and Lumen Project, Stockholm.

Photo and design by Nour Raad.